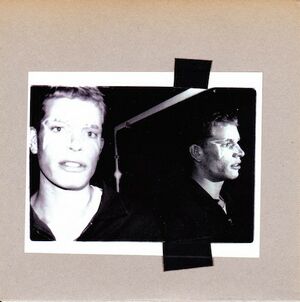 Opener is an early track by Jimmy Eat World. Prior to having lyrics, it was used to open up shows on the last tour with Mitch Porter, hence the name. Later versions marked the first collaboration between Mark Trombino and the band. All known recorded versions include Jim Adkins, Tom Linton, Zach Lind, and Rick Burch (Rather than Porter) on bass guitar.

You told me "don't you look at the sun"

"It burns your eyes out"

I disobeyed and seen the man

You don't got to worry

You're on your feet

Please help me down

I brainstormed and caught up with my friend

How sad, so sad

I beg him this

May he mind not worry

To break this chord of a paranoia

And there's no anecdote for a petty love

I think you found the lighter side

Of our friendly hope

I don't mean to poke

We can face obvious nonsense

First released in 1995, this track was produced by Mark Trombino and marks the first collaboration between Trombino and the band and was used as a trial period for the band who had recently been signed to Capitol Records to "feel things out."[2]. The track, along with 77 Satellites, was recorded at Big Fish, Encinitas according to the handwritten notes in the Opener and 77 Satellites releases from An Industry For Outer Space. These were part of a limited run of Self-released 7" on white vinyl. Each came in a hand-made folded cardboard cover with a photocopied hand-written insert and various photos electrical taped to the front and back of the cardboard. [3]

In the early days of the band, "a couple of shows would go by before a song ended up having vocals" and "an Instrumental version of Opener usually started our set" on the last tour with Jimmy Eat World's first bass guitar player Mitch Porter [2] hence the name Opener. This track served as a "anthemic rave-up" [4]

This song has not charted.