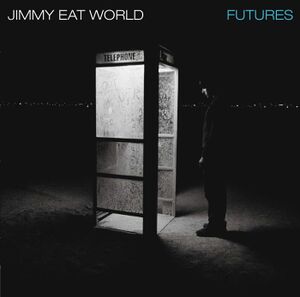 Given Bleed American's commercial and critical success, the band extended their touring for the album. Following this long tour, Jimmy Eat World vocalist Jim Adkins said "it took longer for us to decompress and get back to the place where you just sort of forget anyone's going to be hearing what you're doing, and just work on something for the sake of the song." [1] On 2003-05-23 Jim said that the band had a lot of new material and would record sometime thereafter with longtime producer Mark Trombino in Los Angeles, California. [2] In mid-July, the band began pre-production on 18 songs[3] including some with vocals by Tom Linton. By early August the group had narrowed this down to 14 songs to record[4]. In September 2003, after five weeks, recording sessions were nearly finished with the song count back up to 16 and Jim expecting an early 2004 release with a tone that was "a little bit darker” than Bleed American “But I’m sure dark for us is nowhere near dark for most.” [5].

At this point in the recording process there was a falling out with Trombino as they ran out of song ideas, eventually resulting in a re-recording of futures with Producer of record Gil Norton. A set of Futures "Trombino sessions" demo recordings can be found here: http://futurespassed.com/stephen_brand/web-design/futures-mark-trombino-sessions-jimmy-eat-world.phpand here: https://www.youtube.com/watch?v=vMoB_guBSes Including:

Many of these Trombino tracks were re-worked for later releases. Big Cars, is "speculated that this song was reworked and became Big Casino on Chase This Light" "Lying Dressed ended up as Closer on the Stay on My Side Tonight EP in 2005", "Drugs or Me early version which was mostly acoustic and had alternate lyrics. There is a simple but heavy ending on this version other demos and the final version don't have", "Nothing Wrong where Jim tries some screaming vocals on the bridge of this version! There is also a long instrumental which was changed in the final mix.", "Sparkle this song wasn't changed after this recording, and was a downloadable single. It was also found on the deluxe Japanese version of Futures", "Yer Feet A B-side from the "Pain" single. This Mohave 3 cover is a live recording and only performed by Jim Adkins." [6] [7]. Trombino and the band later reconciled and Mark was involved with Invented. Many years later Zach discussed this in tweets prior to the 2021-01-29 Futures Phoenix Session. [8] [9] [10]

After Tormbino's departure, the band decided to "get out of the studio, take a break, play some shows, kind of re-group [and] get to be a band again. And after we had done that, we just decided that it may be better to go to back to the studio with a new person." said Adkins. This resulting in a re-recording of futures with producer Gil Norton[11] [12]. The band still speaks highly of Trombino, "I really think he's one of the best people out there making records" [13]. The band would later reunite with Trombino for Believe in What You Want, Stay on My Side Tonight and Invented. Many years later Zach discussed this in tweets prior to the 2021-01-29 Futures Phoenix Session. [14] [15] [16]. Adkins reflecting on it later remarked "The whole Futures thing when we started making a record with Mark, we were nowhere near ready to start making a record. It was an unfortunate result of a lot of bad decisions in the way things ended up. It doesn't matter. I wouldn't want to work with people who aren't extremely passionate about their ideas and their contributions, as long as in the back of your head everyone knows they're on the same side. Everyone's trying to make the best song recording possible. Things can get really heated in the battle for that, but in the end everyone's on the same side." [17] At the time, Trombino's departure delayed release of the album into later in 2004 and Believe in What You, a stop-gap video/live-album was released in October [18]. The following month, the band's label, DreamWorks, was bought by Universal Music Group and absorbed into Interscope Records, likely further delaying the release [19] [20].

Regrouping in the studio in after the tour in late 2003 the band re-grouped and wrote Work, Pain, and 23. [21] having worked with Trombino for around 10 years and with fresh perspective and materials they wanted to see what ideas another producer would suggest [22] The members had liked albums by the different acts that producer Gil Norton had produced, such as the Pixies, The Distillers, and Dashboard Confessional. Norton spent two da[23]ys at Jimmy Eat Worlds studio, [11] where the band showed him demos they had done [24]. Norton enjoyed the demos and was enlisted by the band to produce their next album [11] . Pre-production started and lasted for a month [25] before recording sessions began in February 2004[11] at Cello Studios in Los Angeles where the drum parts and a few basic tracks were completed. Lind said that Norton really pushed him to challenge himself to do more than the simple drum patterns heard on Clarity and Bleed American. [13] After leaving Cello, recording moved to the home studio of Harvey Moltz, a friend of the band, in Tucson, Arizona. This change of scenery from California, proved to be less distracting than Cello and was where most of the album was recorded. During the course of the sessions, they band recorded up to 9 or 10 versions of each track [26] Additional recording was done by the band at their studio in Tempe, Arizona. Strings were recorded at Oceanway Studios in Los Angeles with Jake Davies, who was assisted by Greg Burns. Norton and engineer David Schiffman were assisted by Jason Grossman and Steven Rhodes [27]. Recording sessions were concluded in 2004-05, with mixing taking place in mid-2004-06 [28] with Rich Costey at Cello Studios. Costey was assisted in this process by Claudius Mittendorfer with secondary engineer Dan Leffler. Ted Jensen then mastered the recordings at Sterling Sound in New York City. Costey and Davies acted as additional engineers; and Davies also did digital editing [27]. 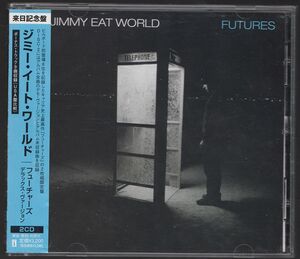